In harness racing the ‘Tact’ prefix is steeped in history dating back to the 1940s when the Light Brigade mare Tactic was born.

She was from the famous First Water family that have left many winners in Southland – some associated with the Dynes family.

The Tact family which has left champion race horses Tactile, Noodlum and Blacks A Fake lives on in Southland, now under the guidance of Bessie Dynes, her daughter Diane and her partner Trevor Proctor. And judging by the quality of some of the family’s recent winners the name is set to stay and perform into more generations.

It was Tactile though that got the breed its earliest recognition.

He was a champion New Zealand juvenile in the early 1960s -  winning five Derbies as a three year old; a feat unparalleled in Australasian Standardbred history.

Tactile was part owned and trained in Southland by the late Derek Dynes who shared in the ownership of him with cousin Jim Dynes. After his racing days were over he sired 316 foals, leaving 79 winners. The best of these was Tac Warrior.

“That was one regret we had, that Dad never got to see him race overseas. And if Dad was here now he would have the most incredible memory of family bloodlines. It was his passion.” said Diane.

The Tact horses have not only shone overseas, they have also provided plenty of highlights on the domestic front. And 83 year old Bessie Dynes (wife of the late Derek) has certainly enjoyed being there to see them.

“I just used to watch them race. I loved watching them,” she said.

Despite her age Bessie remains hands on and keeps herself busy helping Proctor at the stables just down the road from where she lives.

“She still goes round to the boxes. She shattered her shoulder a couple of months ago and had a total shoulder replacement,” said Diane.

“She does the boxes better now that she has a new shoulder. I think the new shoulder has made all the difference because she used to leave a bit of shit behind,” added Trevor laughing.

On the breeding front the Dynes family still have plenty of well bred mares to carry on the Tact name.

Tactwyn a daughter of Tactics is the fourth dam of Tact Lizzie, one of the quality mares Bessie and Diane are breeding from today.

As a race mare Tact Lizzie won ten races with her biggest win coming in the Group One 2010 PGG Wrightson New Zealand Breeders Stakes. She was one of the outsiders paying $64.30 to win.

She has passed on her ability to her foals. From four live foals she’s left the talented Tact Tate (McArdle) which won three races in a short career here before heading to Australia.

“As a foal he was that shy you couldn’t get near his head. We had to give him cuddles. Then he went the opposite and thought he was pretty smart,” said Trevor.

He won a further eight races in Aussie and five of those, he won in a row. His best win to date was the Nestle Professional 4 year old Bonanza at Melton where he paced a mile in 1-51.9. He also ran fourth in last season’s Chariot Of Fire and finished his season winning the Group Three Mount Eden at Menanagle.

“She ran a quarter in 24.8 one day out here and under a hold. I’ve never had a horse that’s done that. If we can get her right she’ll win two or three races down here quite easily,” said Trevor.

Tact Lizzie’s third foal is by Lis Mara and the family have had to wait on her to develop.

“I worked her in the cart for the second time today. She’s big and solid and a beautiful pacer. I said to Ian Wilson if she’s got speed she’ll win races as she’s such a nice mover,” he said.

Her latest foal is a yearling filly by Art Major.

Tact Lizzie is currently in foal to Rock N Roll Hanover. Although her progeny will continue to be tried by the family there could be a shift in focus down the track.

“As we get older and get sick of the racing we may breed them for the sales. Once you get a horse like Tact Tate doing his thing in Australia and if Tact Rousey comes up her foals are going to be worth a bit,” said Trevor.

Despite being the ripe old age of 24 she is still being bred from and has left untried stock by Christian Cullen and Auckland Reactor. She’s due to foal to Art Major.

“Ian Wilson broke the Auckland Reactor filly in for me as a yearling. He’s broken in a lot of horses and never broken in anything like it. She’s such a natural. She ran a quarter in 35 as a yearling.”

The Dynes are also breeding from two of Tact Hayley’s daughters - Tact Hayley Jane and Tact Marie Knight (In the Pocket).

Tact Marie Knight is also on the board, producing Ideal Tact (American Ideal) which won two races here and a further eleven in Australia.

Flash Tactics is another mare on the property, but despite winning eight races as a racehorse she’s been a shy breeder and was last bred from in 2013.

One mare from the family that performed on the racetrack but didn’t do so well as a broodmare was Tact Boyden. She won seven of her nineteen starts and ran third in the 1982 DB Fillies Final at Addington behind Rain Girl and Capri.

“Dad sold her to the States for something like 90 grand. That was massive money. He bought a good chunk of a farm in Ashburton with that. We paid $25,000 to buy her back.”

Her best foal was Tactical Manoeuvre which was by Soky’s Atom and won four of her seven starts for Mid-Canterbury trainer Brian Saunders. She won her first two start at Greymouth in 1994.

The Dynes and Proctor primarily operate from their 5 acres home block which is opposite the Winton Race course. But they also own the house next door which has a further 6 acres attached to it and they lease a further 60 acres from Bessie and Diane’s brother Robert.

“We foal our mares here on the home property but graze them up the road on the 60 acres “said Diane.

“When dad came back from Ashburton (1993) he may have had 25 mares on the property and Trevor and I did the foaling for a couple of years so we got to know what went on.”

One of the pair’s earliest memories in the foaling paddock was of a mare’s desperate attempt to save her foal.

“One of Dad’s mares foaled and the foal was born dead. The mare tried to revive it. She was sucking the foal’s nostrils and the wee foals head would come up and then bang on the ground. She did it over and over. She was desperate to revive the foal. It was amazing,” said Diane.

Trevor also has some memories from that time.

“I had to stay with a mare for a couple of hours and get the foal on but she would bite it and go to savage it like it was foreign. She and I were mates so when I gave her a smack she knew right from wrong. Once the foal got sucking she was away. If I wasn’t there she would have killed it.”

And there are two other foalings that stand out in Diane’s mind.

“We had a young maiden mare who was unaware that she had foaled. The foal was lying behind her and I guess in hindsight we should have spun the foal around and got it on her feet so she could lick it and mother it. But she didn’t and she didn’t want to have anything to do with. Also when we foaled Flash Tactic who was a bit of a pet to us she followed Trevor across the paddock and left the foal in the middle of the paddock on its own. Then she realised.”

Away from training horses Trevor also runs a small painting and decorating business. He was also a top provincial rugby referee for 15 years.

“I was number two at one stage behind Paddy O’Brien. I also coached the top five referees but had to give it up because there was no time for the horses. ”

He comes from a non racing background, hailing from the Southland coalmining town of Ohai.

“I was mates with the Franklins and they used to have horses. I used to go down there and ride them at the weekend. When I met Diane I went up to Ashburton and Tony Kelly said do you want a drive? I got into doing fast work and loved it.”

Renu has a range of knitwear using recycled woollen clothes which she gets from the Salvation Army and Op Shops and then crafts into one off garments. She says everything’s recycled and she has 80-100 garments on the rack at any one time.

“It’s all about balance. I started off that part of the business because I felt I needed to do something I really enjoyed doing. We were nominated for an award in the Benson and Hedges Awards in Wellington twenty five years ago and we made an outfit for Linda Jones once. So that’s as famous as I’ve got. I do workshops and teach as well and hope to go overseas in the near future.”

Her biggest markets are Wanaka A&P Show and the Arrowtown Autumn Festival Market.

With the Tact and Dynes names still very much to the fore, there’s plenty to go on with, both on the creative and breeding front.

There’s likely another good horse or an awarding garment, just around the next corner. 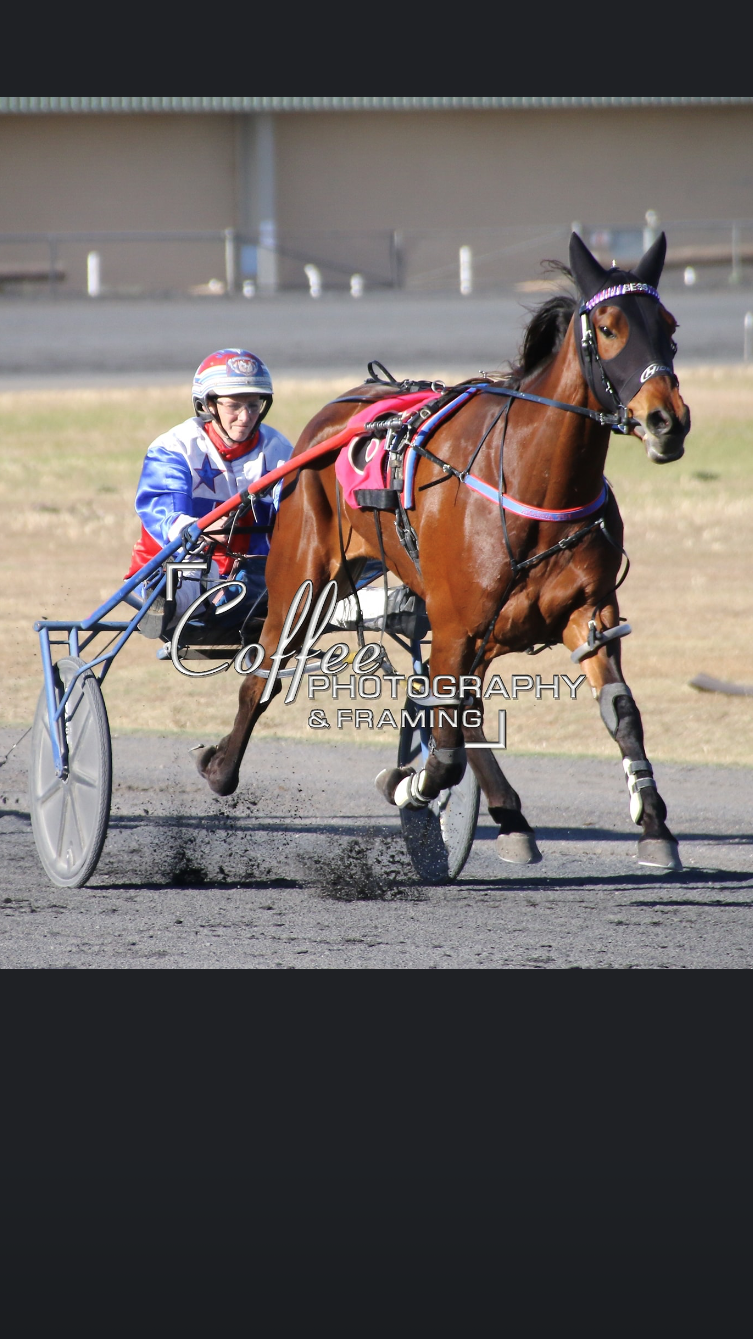 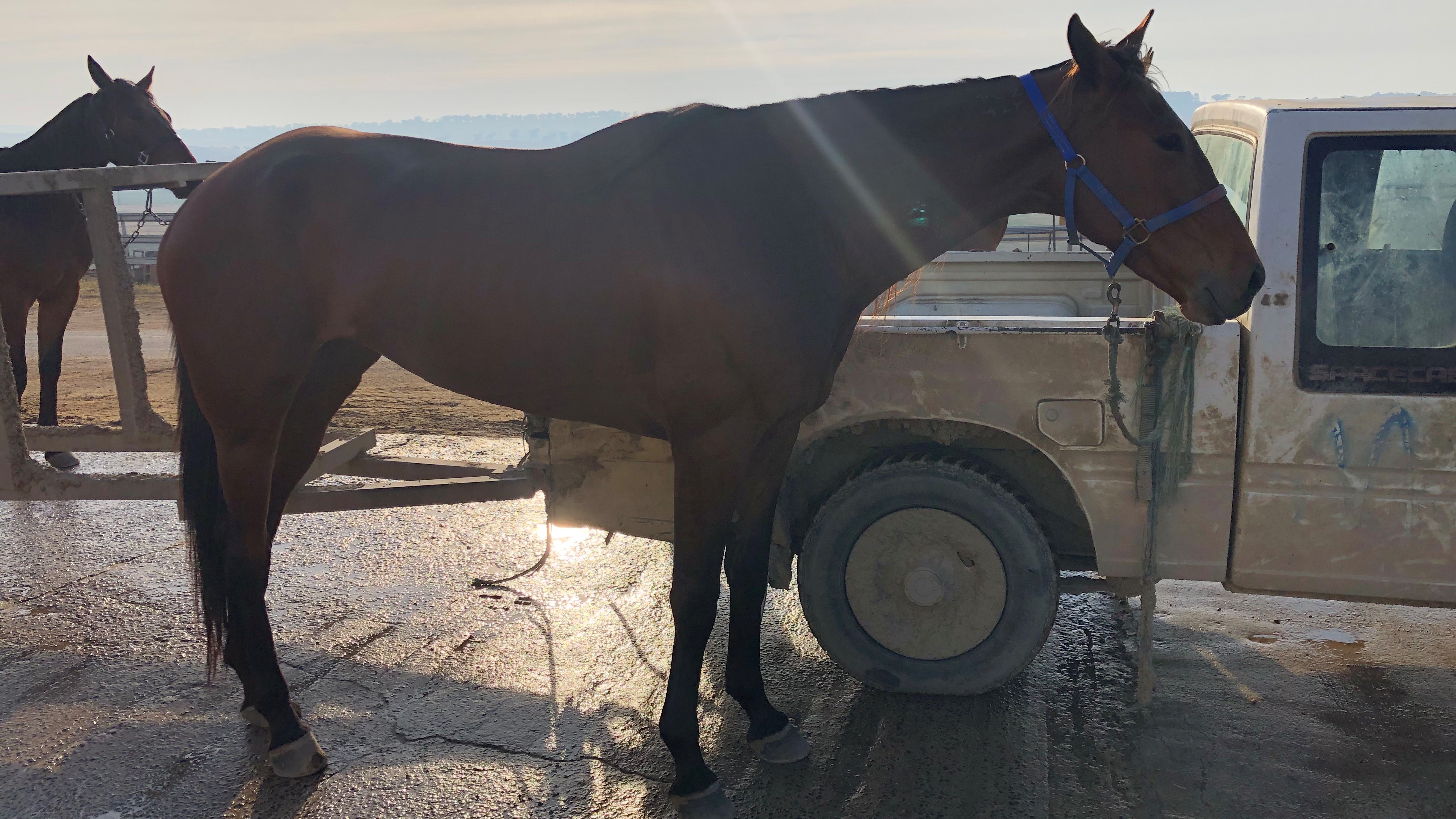