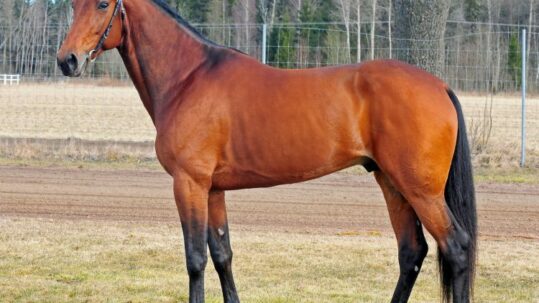 SJS CAVIAR US AFFINITY US

Hard Livin was a proven racetrack performer at the top level and has now progressed to a champion sire .

Hard Livin was the sire of this year’s Elitloppet winner Don Fanucci Zet .The Elitloppet is one of if not the worlds most prestigious race for trotters . Don Fanucci Zet proved his class winning in the brilliant time of 1.50.8 on the 1000m track.  The winner was out of a pacing bred mare by Western Terror , showing Hard Livin’s ability as a sire.

Hard Livin  as 2yo won 3 legs Pennsylvania Sires Stake and finished 2nd in the  final he also finished  2nd in the International Stallion Stake.

As a  3yo Hard Livin won the  Currier and Ives Stake. He won ab elimination of the  Yonkers Trot finishing 4th in final. He was successful in a  leg Pennsylvania Sires Stake , 3rd in the final. He was  2nd Matron Stake and 3rd in an Elimination of the  Hambletonian showing he was up to the best horses in North America banking over half a million dollars in his 2yo and 3yo seasons . 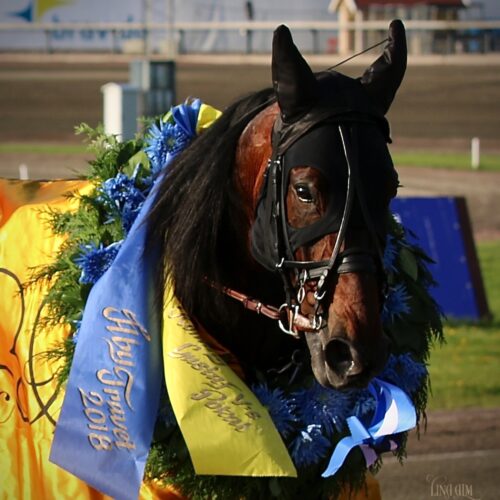 Perfect Spirit was an great racehorse in America as well as Europe .

He started his career in the USA winning willing 2 of his 7 2yo starts , he was placed on 2 other occasions.

As a 3yo Perfect Spirit proved his class culminating in his victory in The Hambletonian.

Perfect Spirit had a torrid run in his Elimination after drawing the outside gate.. He showed great gate speed and was able to finish a close 2nd .

He found the front in the final and was awarded the race on protest . The Hambletonian has been a stallion making race , previous winners include Muscle Hill , Donato Hanover and Muscles Yankee.

Perfect Spirit recorded his best time as a 3yo trotting a mile in 1.51.4.

As a 4yo Perfect Spirit was exported to Sweden  . He was dominant in his 4yo season winning 8 of his 11 starts , he was runner up in the other 3 occasions . His victories include the Swedish Konung Gustaf V Polkal (Gr.2), Swedish Sprintermastaren (Gr.2), and Swedish Fyraaringsstjarnan (L).

Perfect Spirit will be available to Australian Breeders for the first time in 2021 with frozen semen .

All Australian born foals will be NSW Breeders Challenge Eligible . 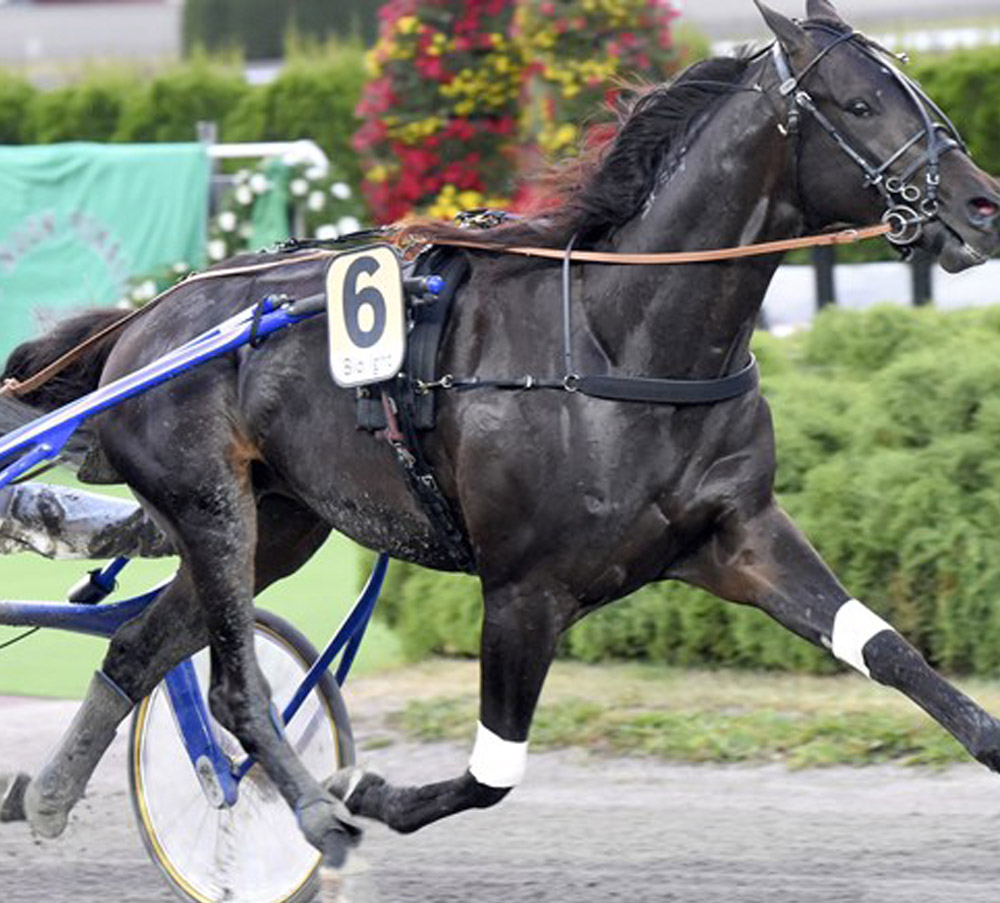 MUSCLE MASSIVE US ALIDADE US

Cruzado dela Noche showed early talent, including third place in the prestigious Peter Haughton Memorial as a two-year-old in world record time . That season he recorded a personal best juvenile time of 1.53.8 , set at victory in the International Stallion Stakes at The Red Mile in Lexington, Kentucky

Cruzado dela Noche retired after six strong years as a racehorse, where he has shown both early talent and speed as well as the highest strength and endurance as an older horse. He has won big races in both mile and staying races and was adaptable on any size track due to his great gait,

After banking over $250,000 in prize money during three-year-old season and taking a record of 1:53.6 on the 1000-meter track, Cruzado Dela Noche moved to Sweden under Stefan Melander's training. As a four-year-old he finished third in the Sprinter Champion, won the Group 2 Norrland Grand Prix from death at Tobin Kronos and crowned the season with victory in the Group 1 Grosser Preis von Deutschland race. In addition, he erased Nuncio's Swedish record for foreign-born four-year-old stallions and geldings, by winning in 1.54.2 over 2.100m on örebrotravet defeating Twister Bi and Uncle Lasse, among others.

Won the Copenhagen Cup from death 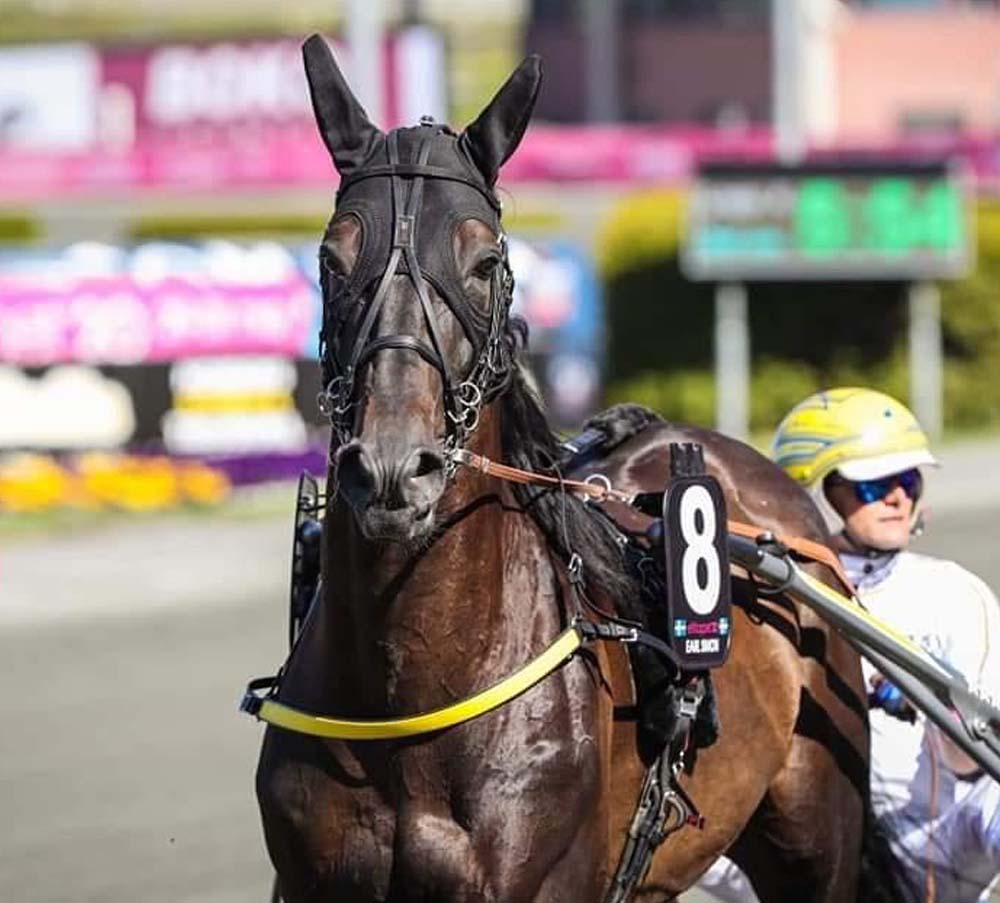 Propulsion is by Muscle Hill, considered the greatest trotting colt of the generation and in turn a son of Hambletonian sire, Muscles Yankeee, responsible for consecutive Hambletonian winners Deweycheatumnhowe (2008), Muscle Hill (2009), and Muscle Massive (2010).

Daniel Reden, Propulsion’s trainer in Europe, guided him to first place finishes in numerous high profile races including the Elitloppet in 2020…

Horse of the Year in Sweden 2019. World record 3140 meter (2 miles) Daniel Redén, who had another incredible year beating many records in 2020 had this to say about his experience with Propulsion, “I have had the opportunity to train a lot of top horses, fake tag heuer but there is just no one close to Propulsion. He is at a level of his own and the horse of my life. After seeing his first crop I am sure he will be a champ also at stud.

Propulsion has already had two crops of foals in Europe and they have sold for outstanding prices including one colt for 3 million Swedish Kronor, or approximately US$360,000. It’s rare for a yearling to sell for that amount in Europe – his yearling prices rival those at the highest levels of the Lexington sale and, remember that Propulsion himself was a $250,000 yearling while his full brother sold for $1 Million at the Lexington sale in 2019.” Propulsion will stand for $9,500 inc gst for the 2021/2022 breeding season.